Is Yuzu the new superfruit? Rare and costly citrus from Japan predicted to be next big thing 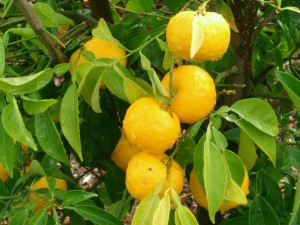 It’s been called the world’s sexiest fruit and it’s a darling of chefs, yet you may never have heard of it.

So brace yourself for the taste of the 21st century: Yuzu, a rare and costly citrus fruit from Japan.

It tastes like a cross between a lemon, mandarin and grapefruit and is finally being accepted into Western cuisine, where it is being used to flavour everything from beer and chewing gum to vinegar and cocktails.

Executive chef Mike Lewis says: ‘Yuzu looks like a tangerine and tastes similar to a floral lime. ‘It has three times more vitamin C than a lemon, which makes this dish super-healthy.’

This fruit is valued for its highly aromatic rind. The juice is minimal, thus often expensive. Yuzu is one of the few citrus in the world that is able to maintain its tart/sourness at high cooking temperatures. It smells so good the Japanese will use yuzu for perfumes and will ritualistically bath in yuzu during Toji (winter solstice).

The zest is packed with delicious oils that allow you to use nearly every part of the yuzu in the kitchen.

Jamie Oliver has a recipe for home-made Yuzu mayo (made of grapefruit if he can’t get hold of the real thing) to drizzle over grilled scallops, while Nigel Slater makes a Yuzu dressing for his crab and apple slaw.

The East India Company has sourced Yuzu direct from Japan to use in a new range of fruit-infused chocolates. The company’s Manan Bhansali says:  ‘Though it is a citrus, Yuzu is softer on the palate than lemon.’ The chocolatier William Curley also uses fresh Yuzu in his couture chocolate and cooks a Yuzu and Praline Tart. Yuzu adds a unique flavour to homemade chocolate ganache.

Yuzu is an integral part of Japanese Ponzu sauce as well as yuzu-kosho, a spicy chili-salt laden with yuzu zest.

How to cook with Yuzu[1]

Yuzu juice has a very strong flavour. It’s even more intense than lemon or lime juice, so when used in drinks, a little goes a very long way. Add a drop to cocktails — using it more like a bitter than a conventional fruit juice.

It’s common to use yuzu in seafood seasoning, again used in similar situations to lemon or lime, but in smaller quantities. Just a single drop of yuzu juice might, for example, be used to dress an opened oyster, it could be incorporated it into a ceviche marinade, or added to a mayonnaise or brunoise. Also experiment mixing yuzu into savoury dressings and marinades along with soy, oil and garlic.

Yuzu also has infinite applications in sweet recipes, where it is best used like an essence, or orange blossom water. Use a few drops to flavour custards, jellies, ices and meringues. Nuno Mendes uses a dash of yuzu in a panna cotta recipe, and also for flavouring tangy, jellied petit fours.

What yuzu goes with

Think of yuzu in a Japanese context alongside other traditional flavours like ginger, matcha, shochu and soy.
The citric acidity means that yuzu works in similar scenarios to orange, lime and lemon — flavouring everything from marmalades to sorbets and light crab or fish dishes. The flower blossom notes provide an extra complexity, meaning that yuzu juice makes an interesting substitution for orange blossom water — working well alongside cinnamon, cloves, pistachio and rose. 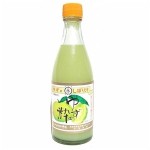 Mix all the ingredients. Strain seeds.

Yuzu does not have much juice but the Japanese use the highly fragrant peel (also called the rind, or zest) in many ways. 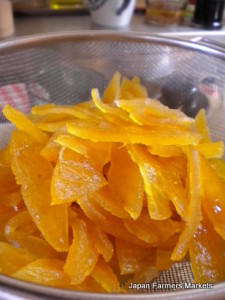 [1] To use any extra juice: you can use Yuzu juice to make citrus vinegar. Just add an equal amount of vinegar and store it. It will keep for quite a long time. A clean, sterilised vinegar bottle is the best storage container. 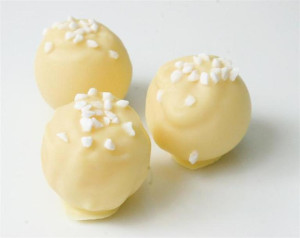 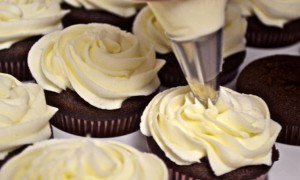 Method:
1. In a pot, bring the cream and yuzu juice to a boil.
2. Pour the hot liquid into a bowl over the chopped white chocolate.
2. Using a wooden spoon, stir gently in one direction until the chocolate melts completely and turns into a smooth consistency.
3. The mixture can now be cooled in the refrigerator, and then rolled into balls to make truffles or cupcake centres, or eaten straight. 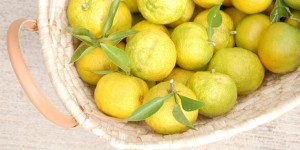 How to dry Yuzu Peel

Try this spectacular recipe from Coffee and Crumpets 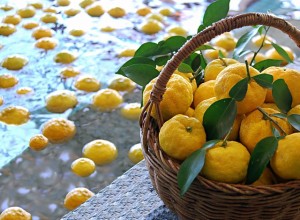 Yuzu peel makes your bath water smell wonderful. Tie a small handful of dried (not powdered) peel into a small 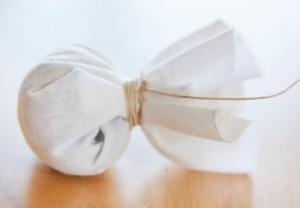 cheesecloth or muslin square, a thin cotton kitchen towel or a gauze handkerchief, and float it in the bathtub. 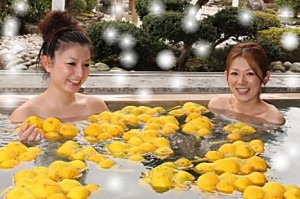 The Japanese use whole Yuzu fruits in their most luxurious baths. Alternatively, slice fresh Yuzu and float it on top of the water. 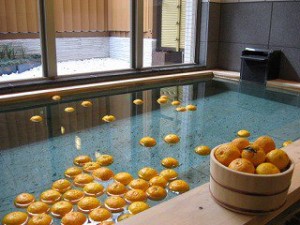